What is in your writer toolbox? Do you write longhand? What kind of pen do you use? Do you use a computer, laptop, table? What writing software do you use? 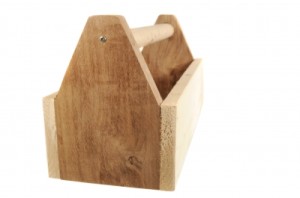 I don’t use tools per say, other than my laptop. Sometimes I even go completely old school and use paper and pen! I know, shocking, right?

I know when I first started writing more seriously, I was interested in writing software like Scrivener and yWriter thinking it would help me plot the story and keep track of characters…and perhaps if I’d committed to using these things completely, that might have been the case, but I was more of a pantser than a planner and the tools just seemed to get in the way of the writing, or I used them as procrastination from the writing. So I gave up on them pretty quickly and just wrote.

I got a lot of writing done, but the disadvantage was that I had no clear idea of plot or chronology and this made leaving clues or strategically withholding information quite difficult. At some point, the writing HAD to get more organised. I think if I had found a way to make these writing tools work for me, this issue would have been avoided. I resorted to multi-coloured PostIt notes and pens, and my living room wall. It provided me with a more visual method of planning than the writing software – it meant I could literally stand back and see the whole thing…and I needed that.

Now I’ve started writing my second manuscript and my approach is quite different. I have decided to be a planner – no more flying by the seat of my pants! I’m not using your usual kinds of writing tools, I just wanted something pretty basic. I am playing around with OneNote. To me it feels like having a draw full of hanging files containing manila folders of research or chapters or character profiles, etc. I can ‘see’ it that way visually and it makes sense. I am still just writing too, as bits and pieces of the story come to me, but I already have a loose overall plan and breakdown of chapters, and don’t intend on getting serious with the writing until all the planning is place.

The other ‘tools’ that I use to help me write have been blogging and Pinterest.

I began this blog when I began writing my first manuscript. To be honest I wasn’t sure I could write a whole book, only have written shorter pieces in the past, so decided to blog about the process in order to keep me writing. My blog was my way of being accountable for my writing…and it worked! I knew I was going to have to blog each week about my writing week, which mean I had to do some writing during the week in order to have something to blog about. It was a productive cycle to create.

I started using Pinterest to build a sense of my characters. Who is Annabella? was my first pinboard, based around the protagonist: Annabella. I created and found images that spoke to me about the characters and I found inspiration to further develop my writing from these images. I created a fairytale pinboard with images to inspire my sense of the magical and mystical, in keeping with the genre of my manuscript. I became interested in how else I might use Pinterest and have since created other pinboards aimed at prompting writing and exploring character and setting, as well as some more general book-ish ones. You can find on at on Pinterest at ShelSweeney.

I also have a Kindle and this has been great for reading on the go – not just a vast array of books (all writers should also be readers), but my own drafts, or various bits of research. I can use my Kindle to take notes too, if I need. And to that end, my phone has been vital – a tool to capture random bits of writing as they come when I am out and about – pieces of inspiration that otherwise would be lost.

At the moment, my new favourite thing is a beautiful leather compendium from kikki.K. It was a gift and it holds a notepad, pens (little multi-coloured ones) and my Kindle and I take it with me everywhere! This is where most of the writing for my second manuscript is taking place.

So…what is in your writer toolbox? Do you have a particular pen that you write with? What software do you use and how do you find it?

A piece of odd trivia:

I read that some writers used a prop to help then get into a writing state of mind…like a hat or a scarf or something similar. Beside my desk, I have a tiara. I was never a girly kind of girl, actually, I was a bit of a tomboy when I was young, but I always wanted a tiara and never had one. So now I do and I thought it might be my writing prop…but it feels too strange to wear it…in fact, hang on a minute while I put it on…yep, weird! But it’s there if I need it!