My writing at the moment is slow…no lightening pace for me, no blistering pace with fingers scorched from the heat of frantic typing. My writing proceeds at a slow, secreting, oozing pace. It is frustrating, but every word counts.

Actually, this is not quite true, I am writing quite a bit: poems, appraisals, reviews, essays …just not much on my novel!

I have been analysing the genre of fairytales, and comparing versions of the same fairytale over time. It’s fascinating really – how fairytales were used tools for the social and moral education of children. It was all about the supression of behaviours that were not deemed appropriate to the time in which they were written (once they were collected from what was an oral tradition and put into written form). These tools taught girls what their place was, and what type of behavior they should aspire to. I think Annabella, my protagonist, would rebel against such opinions about gender and behaviour. I have written the following scene to explore this: 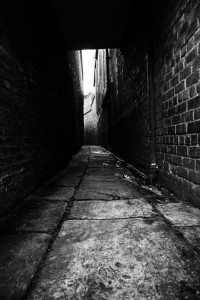 “If it isn’t the witch herself.”

I catch my breath. I don’t have to turn around to know that it is Zikmund behind me, but turn around I do. I am not afraid of him. I am a free-born maid andI face him as such.

“What do you want, Zikmund?”

“Want? I want you.” His eyes don’t move from mine, but he takes a step towards me.

“Zikmund, you have never wanted me, though you had your chance. Why have you always despised me?” I stand my ground.

“I despise you because you are despicable. You have grand ideas of yourself. You do not belong here. You speak too loudly, too boldly. How can you imagine you have the right to be here, to befriend my villagers, to consort with the princess? You need to learn your place. Or it will not end well for you.”

“And what place is that?” I ask him. I am seething with anger. How dare he tell me who I can befriend, where I might work. How dare he think my place is not exactly where I am.

“You belong in the brothel.” He lunges for me, but I step back.

“How dare you speak to me like that, you have no right.” I wonder if he would act so bravely infront of the princess.

“I have whatever right I choose, and a woman should know better than to question, better that to speak out. You are nothing better than the crap beneath my boot.” He raises his hand to hit me, but I am quicker.

I turn and duck quickly down the laneway while he curses and recovers from the blow from my knee. Let that be a lesson to him, I think, but I am shaken by the incident and the injustice.

I make a concerted effort to avoid him at all costs.

Ok, so there is still a lot of development to do here, but you get the general idea. She is a girl who does not ‘fit’ what society says she should be, and so she becomes an object of prejudice. It’s an old story. I would like to say it has no relevance today, but that, unfortunately, is not the case. Ignorance seems to plague difference – this is a theme I am interested in exploring through the novel.