This process of writing a novel is a totally fascinating experience: watching the ebb and flow of my creativity and motivation, working out what time of day I am most productive, learning how to be flexible with my routine, realising the importance of keeping some way of recording flashes of inspiration with me at all times, spending more time with my characters than my friends (or at least it feels that way!) and having it dawn on me that a novel contains a hell of a lot of words…and I have to write them all!

Lately I feel like I have had my head stuck in research, both for the novel and for my Masters degree. I chose a children’s literature unit for the final unit of my studies, with a focus on fairytales. I wanted something different from the non-fiction and communication writing units I had done previously, and fairytales seem to fit nicely with the feel of my novel. In fact, in doing this unit, I have built in a few short fairytale-like episodes that I hope will sit well within the narrative, linking the historic with the fantasy elements. In my studies I am closely analysing Little Red Riding Hood, in my novel I write of wolves and ravens and eagles as though they were people. 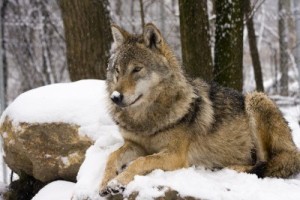 “Your mother was a raven,” my grandmother, as promised, begins her story. “She was friends with a pack of wolves.” Beginning in her customary way of putting me into every story, she wraps magic around my childhood. Sitting side by side, our heads close, she continues in a whisper, “When the young raven flew the nest, she left her flock and travelled with the pack. The wolves hunted, and the raven feasted on the remains of their hunt. They beacme so friendly that the raven would even pluck lice from the alpha male’s pelt.”

“And what colour were his eyes? Were they grey like the other wolves?” I ask, though I have heard this story so many times it feels like my true history.

“His eyes were light green, just like yours.” Gram brushed the hair from my face. “They were inseparable and such an unlikely pair.” She pauses, looking into the distance, into empty space, into the past.

I nuzzle into Gram’s shoulder, a gesture of love and a hint to bring her back to the story.

“The wolves were great hunters, and with the raven flying overhead and signaling where the next meal was, even through the toughest winters they never went hungry. Now at this time there lived a fine eagle, high in his regal mountain castle. While he was distinguished, times were hard and he was hungry; he was not above stealing a meal. He had watched the raven helping the wolves to find they prey, then taking part in the feast that followed and he wanted to take part in the feast.”

“But eagles are not friends with ravens!” I say in mock horror.

“No child, eagles have long been known to eat the raven’s eggs, and even hunt the raven when they were particularly hungry. But this eagle was a clever old gent and he disguised himself as a raven and wooed your mother. He won her heart and married her in a flash, only revealing his true identity on their wedding night.”

I know I’ve heard this story a million times, but I always feel sad for the poor raven bride, tricked into marrying her enemy.

“Ravens mate for life you know, and besides, your mother loved him. It wasn’t long though before he discovered she was pregnant. The child was not his. She was heartbroken and he was furious. He swore he would destroy the egg when it was laid. So she ran away; far from the eagle’s mountain castle, far from the wolf pack.”

“Where could she go?” I am totally caught up in Gram’s story now. “Why didn’t she come home to you?”

“And we had to cross many great rivers.” I interrupt, caught up in the story and the repetition of reasons.

“That’s right, and if you had not had webbed toes, you would not have been able to swim and would surely have drowned.” Gram continues.

“It’s true, I can walk, run even, on the most unstable ground, and I am a great swimmer.” I thought aloud. “And then she left me here with you and returned to her mate.” The thought that my mother abandoned me filled me with sadness.

“Yes she did, because she knew the eagle would not stop hunting you as long as she stayed away. She returned to him to save you.”

“But she loves him still?” I always felt conflicted with the end of this story. I felt sorry for the newly hatched cub, but I felt sad for the raven too.

“Yes she loves him. We all make choices in our lives. The trick is to make the best decisions for yourself while doing the least amount of damage to others.”

My mother had hurt my grandmother. She had run away. She hurt me too, she left me; but if I chose to believe Gram’s story, she saved me too. It was through these stories that Gram told me of my past, of my heritage. But really, did she expect me to believe I was descended from a wolf and a raven! I chuckled to myself at the thought.

So, not quite a fairytale, but hopefully capturing some essence of fairytale. What do you think? Does it work?

Photo credit: Wolf – sorry, not sure where this came from.