My novel is about difference, discrimination and the search for belonging. It is a fantasy historical fiction in which the protagonist, Annabella, works for an eccentric princess (who is suspected of vampirism. – But it is not a vampire novel!)  Along the way, she makes three good friends, finds love and discovers the secrets of her past, but is persecuted by the villagers.

I initially chose to create this as historical fiction because 1) fact is often stranger than fiction, 2) I came across a figure in history who interested me, 3) I could see through this figure, the themes I wanted to write about had been issues through all of time and that intrigued me.

I see recorded history as a version of events. There are factual occurrences that happened at particular times and places, but most of what is recorded is one person’s particular presentation of the past – and the truth can be swayed by many things: gender, politics, ideologies, etc.

My novel will NOT be a version of the truth. I stay clearly in the realm of the fictional, though there are people, events and places that have historic significance within the story. I also take the liberty of ‘modernising’ the story somewhat; while the history is from the 18th century, my story is written from a modern perspective with characters speaking in a modern manner and not (hopefully) in an outdated and awkward (to us anyway) style.

I hope this will inspire readers to be curious about the past and also to view the recording of history critically and analytically.

Themes I want to explore: 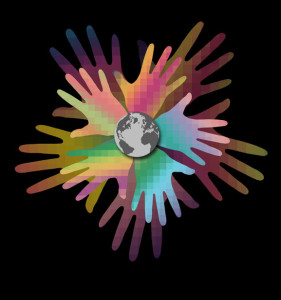 Belonging: Humans are social creatures and we have an innate urge to belong and to form connections.

The individual versus the group: I’ve heard the term ‘mob mentality’. I want to explore what happens when people get caught up in things as a group that they would never do as an individual.

Fear: We all have fears. Sometimes irrational fear takes hold of a person’s capacity to make reasoned decisions.

Gossip: Stories have been told since the beginning of time. Sometimes these stories gain mythic proportions. What role does gossip have in the creation and spreading of ‘story’?

Otherness: the sense that there is a ‘we’ and ‘them’. In Postcolonial theory, ‘other’ becomes the opposite, and symbolic of all negative traits, creating duality like: body/mind, local/outsider, evil/ good, feminine/masculine, unfamiliar/familiar.

Growth and self-actualisation: how do we find our place in the world and work out who we are and what we are meant to do with our lives?

I particularly want to write a ‘teen’ book because the themes mentioned are faced by teenagers every day. Conflict, whether internal or external, is part of the adolescent life and seems to be the perfect canvas for my story. Historical fiction can give adolescent readers safe access into conflicts and ways of being that can prove more than mere escapism and can shed light on their own pathway to adulthood. Not that I want to write a ‘moral lesson’; I just want to open ideas up to exploration.

I came across this figure in history who piqued my interest because she had been demonised by gossip and rumour. Add to this some bizarre beliefs and events and there is a great novel waiting to be written. My main character is VERY loosely based on a figure mentioned historically. She is called a witch and is said to have performed all kinds of curses…but finding hard evidence of her seems impossible. This sparked my curiosity. I don’t want to demonise this woman, but looking at the politics of the era, I get a glimpse into how this has historcally occurred.

Louise Doughty says, “Even if you have a fairly detailed idea about the way you think your novel might go, you know in your heart of hearts-and you do know, don’t you?-that one you get writing, anything can happen. This is what authors mean when they talk about a character taking over a book or having ideas of their own.” As I write more and more of my novel, elements of fantasy creep in. In reality, I know very little about my main character, in my novel she is Annabella, like generations of women in her family before her, she is a healer and a shape-shifter, but she is not a demon.

Read my analysis of historical fiction for teens, ‘Critique of Young Adult Fiction’ at The Copperfield Review.