Authors may have a commitment to writing, but inspiration and enthusiasm, it seems, come in waves. After months of writing, I am stuck and I need your help.

I started my novel-in-progress by writing madly and episodically about anything that inspired me regarding the characters or bits of the story. This was a valuable ‘gathering of ideas’ and momentum, but I soon realised that there was no organising principal to the developing novel and this impacted things like foreshadowing and character development.

I slowed the writing and started plotting in earnest. Suddenly I discovered new things about the characters that could build greater complexity in the story, but I also had to look at some questions I had been hoping would magically resolve themselves…with no apparent solutions. 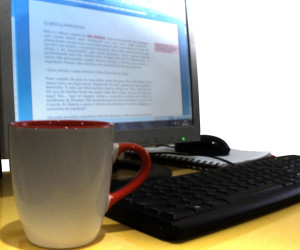 Now, my plot and my writing have become stuck. Rather than waking up eagerly jumping to the keyboard, I now approach my computer like writing is a chore. I have gone back to episodic writing, but with less flair and less words written at the end of the day. The questions I had been ignoring have suddenly become fundamental to the continued development of my novel-in-progress and I don’t seem able to brainstorm or write my way to any answers.

Here are my plot questions – I’ll come back to these in a bit more detail:

One fundamental question holding me up is: how far can historical fiction stray from the historical into the fictional?

Why is this stopping me? I had my heart set on writing historical fiction because the impetus for the story comes from figures and events from a particular place and time in the past and I worry that I may be taking liberties with that history in my endeavor to write a ‘good’ story.

The story primarily came from two figures in history: 1) a princess who did not ‘fit’ society’s view of ‘normal’ and so she was the object of gossip and demonisation, and 2) a woman deemed as a witch. They may or may not have been living at the same time, but I bring the two together. I see their reputations as products of a patriarchal society that sees deviance (especially in women) as monstrous, eg: if women do not behave in certain ‘accepted’ ways, they were cast in an unfavorable light. (Don’t panic, it’s not a feminist novel, I just want to give you some background.) It is important to me that I do not further demonise these women in my writing, but try to liberate these reputations. However, already I have made Annabella a witch of a kind by making her a shape-shifter – bringing in elements of fantasy. I worry that I am perpetuating a negative stereotype that has seen women historically labeled as ‘witch’.

I have brought another historical figure into my novel-in-progress, that of a witch hunter. It is easy to make him the ‘bad guy’ because he really was. It was politically and religiously sanctioned violence and murder, with this witch hunter being motivated by greed. Historically, and in my novel, he is pre- the story of the princess.

What a character line up: the vampire princess, the witch (Annabella) and the witch hunter…but I want to novel to be about two very assertive and independent female thinkers against a society of ignorance and greed.

I have woven these three characters together: Annabella’s grandmother (Adela) encounters the witch hunter…years later, Annabella encounters to witch hunter’s grandson (Zikmund – a fictional character) – the traits of one generation passed to those following, Annabella and her grnadmother assist the princess.

My biggest plot questions are:

Reader, I need your help! I know you don’t have much information, but what ideas do you have to answer my questions. I would love and appreciate any help, advice, ideas, direction…anything…you can offer.

2 thoughts on “Help, my writing is…stuck!”