With just over a month left of the year, I am making a mad dash to finish my novel. Here’s where I’m at and what I’m up to. 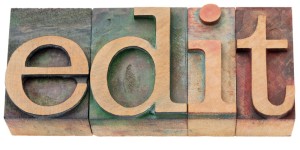 The first draft was finished and shelved for a month during which time one lucky, carefully selected reader got to wade through all my inaccuracies, loose ends, inconsistencies, ridiculous subplot moments, grammatical nightmares and general drivel.

After a month on the shelf, I re-read the whole manuscript and completed a first draft review of my own. You can read about this process in my blog post: 6 First Draft Revision Steps. Now I am rewriting, taking in all I learnt, fixed and added during my initial revision along with the wonderful feedback from my first reader. I cannot tell you how valuable this feedback has been. To help get my reader started, I gave some specific instructions. You can read more about finding a critique partner in my post: How to Critique.

I decided to completely retype the whole manuscript rather than working on the pre-existing manuscript file. I find this ensures I don’t miss anything. I also get to read each line again and this enables me to hear what works and what doesn’t as I type. I have come across things that at the time of first writing, I couldn’t think of writing any other way, but typing them again I am inspired anew. It is a really satisfying process!

Here’s a sample of my rewrite:

“We have to leave, it’s not safe. He won’t rest until he clears Velké Losiny of its nobility and owns all of Šumerk. We have to leave!” She had begged and pleaded with her husband, but he thought she was being irrational, he couldn’t understand her fears.

She didn’t tell him that the witch hunter had sought her hand in marriage long before they met, and that she had refused him. She didn’t tell him that, since arriving in their village, the witch hunter had paid her a visit; he had accused her husband of taking the form of a wolf and clearly implied their daughter was the result of unspeakable acts with Satan himself. He made it clear that she would watch her family burn before joining them. But he sympathetic, “I know you are innocent in this, Adéla.” And he offered her a way out “A chance to save yourself,” he told her. “Denounce your family, it is the only way.”

“We have to leave, it’s not safe. He won’t rest until he rids the village of its nobility and owns all of Sumerk. We have to leave!” Adela had begged and pleased with Lukaz, but he thought she was being irrational, he couldn’t understand her fears.

She didn’t tell her husband that Jindrich Boblig, the man they now call witch hunter, had once sought her hand in marriage, long before she met Lukaz. She had been an alluring young woman, confident, intelligent, humble. Jindrich felt that with her on his arm, he would command the attention he craved. Jindrich had approached her as though their marriage was a foregone conclusion, as though he could not conceive of being rejected. Adela found his arrogance ugly, his stature unappealing. His beady eyes followed her whenever she was within his sight and made her feel uncomfortable. Besides all that, his breath smelt and his hands were cold – though she wished she had no cause to know these intimacies.

Adela did not tell her husband that Jindrich had become aggressive and obsessive when she refused his proposal, nor that she had been forced leave the aunt she lived with and return to her family home to lead a reclusive life in order to flee Jindrich’s fixation. And Adela had not told her husband that since arriving in their village, Jindrich Boblig had paid her a visit. She was afraid Lukaz might confront the witch hunter himself, or worse he might find her repulsive.

“There is witchcraft in your village, Adela. That is why I am here. What luck to find you again. I can dissolve your marriage to that quack,” Jindrich had told her, stopping short of begging her to marry him instead.

“I thought this was done. You must stop this now. I have a child. I love my husband. I am happy here.” Adela had tried to be gentle with him, it was not in her nature to be cruel, but the witch hunter had become more and more agitated.

“Time is running out for you, Adela. Time runs faster for your husband,” his voice now slow and deliberate.

“Don’t be a fool, Jindrich.” Adela stood firm, “This is old ground and nothing has changed.”

“I hear that husband of yours takes the form of a wolf every full moon.” The cold edge of his voice sent shivers rippling over Adela’s scalp.

Adela tried to dismiss the witch hunter’s accusation as ridiculous, but she knew how dangerous he could be. “No one would believe that of him.”

“No, perhaps not, but once word gets out, it spreads and will not cease until it reaches its final conclusion.”

“And what conclusion do you see? That I will believe the gossip, that I will leave him in preference to you? That I would give up all I have because, what, because I have feelings for you?” She had laughed at him then and he felt belittled.

He stepped so close their toes were touching, he took her by the shoulders, his beady eyes piercing her directly, “Don’t think me so naive. When your villagers realise that your child is the product of a union with a werewolf, or worse, the result of unspeakable acts with Satan himself, then you might beg for my mercy.”

“You’re a bigger fool than I thought,” she spat.

“I have always loved you, Adela,” he reached out and stroked her cheek fondly. “I know you are innocent in this. But your family will burn.”

Her heart was racing. “We are done here,” she told him.

“Not quite,” he said. He clutched her wrists and pulled her to him so quickly it took her breath. The speed of his attack took her by surprise. There was nothing she could do to fend him off. Afterwards, he was all kindness and gentle. “I know you are innocent in this, Adela. I offer you a way out, a chance to save yourself,” he spoke softly, wiping her tears, “Denounce your family, it is too late for them. Denounce your family, it is the only way.”

Not all sections require this amount of work – some more, some less, some have been scrapped altogether – but it gives you a taste of what I am up to.

I’d love to hear what you think so far – drop me a line in the comments box below.