Today, I am thinking about relationships, specifically how each of my characters relate to the protagonist, Annabella. I realised that I had too many good guys and not enough really horrible ones – so I have tried to balance this out a little by creating the following list.

Allies and enemies of Annabella:

I am also interested in the developing action within my novel. I am aware that my writing can be overly emotive – where very little actually occurs but deep emotions transpire. This is all very well and good, but I think this kind of writing will make the novel difficult to sustain. To this end, I have done a little more character development via the idea of a nightmare: 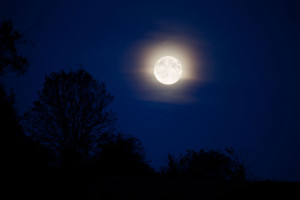 The day I met Zikmund, I woke in the night. Wrapped in a cold sweat and sodden night-dress, I jolted upright, gasping for breath.

I had seen him before, months ago, coming out of the inn, and when he looked up at me as we passed in the doorway, I blushed like crazy. He took my breath away and my heart raced. Eufrosina laughed at me, “You, it seems, silly girl, have a crush.”

“A crush is never silly. A crush is necessary to keep you young, keep you vibrant, keep you interested, but a crush on Zikmund, now there’s a silly thing” Eufrosina warned.

“Why? He seemed absolutely perfect to me. I mean, not that I’m interested,” I retorted, not wanted to be the object of weeks of her teasing, “but what do you have against him?”

“Humph,” she bagan, “He is a spoilt, spiteful, nasty boy who cares only for himself and what others think of him. Yes, he is devastatingly good looking and has the good fortune of having come from a wealthy family, but he is greedy and cruel. Traits, I am told, that run back in his family for generations. Trust me, you do not want to get close to him, it could only end badly.”

What had I seen? Dreams fade so fast. I desperately grasp at their fading remnants.

My heart pounding, my legs bursting below me, running, running. I can see the river and the forest beyond, but I know I’m not going to make it. I hear them close behind me, their booted feet hitting the ground like drums beating my death march. Their yells closer and closer. Light from their torches catches in flickers against the walls. I break free of the street, the soft pebbled surface of the river bank slows me down. I feel his breath on the back of my neck and raise my heckles like a wolf. I know I will not make it. I stop and turn. I hang my head, defeated. My paw-like feet, clawing at the ground. The torch light illuminates the space and dances, refracted from the river. We are held in that moment. Slowly I raise my head and, looking straight ahead of me, meet his eyes.

I always kept my eye out for Zikmund, and whenever I saw him, I tried to sneak as many unseen peeks as I could, tried to work my way closer to wherever he was. He commanded attention and I was drawn to him. It seemed to me that he had a sense for when I was looking at him. Whenever my eyes ducked up from their task in his direction, he was looking back at me. I would always blush, and he would smile, a big red-lipped smile that set my pulse racing.

Gasping for air, I push the blankets aside. At the window I throw open the shutters and inhale, deeply. The river, black and sullen, snakes away below me. I hear the wolves howling as if calling to me. It was him, I know it.

Today I finally spoke to him. I was cutting across *somewhere* and as I stepped out into the laneway, there was Zikmund charging down on his horse. I’m not sure who was more startled, but the horse almost threw him.

“Bloody hell, watch where you’re going!” He yelled, furious, as though I was to blame and not his reckless riding.

I almost cried on the spot, but as I looked up and he saw it was me, he slid from his mount.

“Oh Annabella, I am so sorry. Are you ok?” He grasped my hands.

“You’re flushed. Are you feverish? Are you hurt?” He looked me over and I thought I might die with embarrassment.

He looked at the basket I had dropped, it’s contents of raspberries strewn over the cobbles, then at my hands grasped in his, and finally at my face. There was an endless silence and suddenly we were both laughing riotously.

“How have the raspberries made your face red?” he asked through chuckles.

He gave me a ride home as an apology and made me promise he could see me again.

What had I seen in his eyes? I stood my ground, chest heaving. He stood his ground, I could hear his breath, quick and labored, spit dripping from the corner of his red lips. The scene illuminated by torches. Without taking his eyes off me, he held up a rope and gestured to the others. And then…and then…I woke, wrapped in a cold sweat and sodden nightdress.