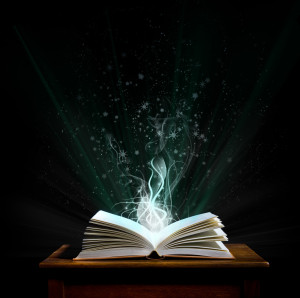 Plot is the whole of your story from beginning to end. Sometimes plot and story are used interchangeably, so it can get confusing! Plot is the ‘what happens’ of your story. Plot is the things that take place, the events, the action. How your characters felt about what happened falls more into the story realm. Your central plot is the main plotline within your novel. You should be able to note this series of events down in a list of dot points.

Your plot can be used to vary the pace of your story: starting at the beginning, orienting the reader and introducing your characters, building the tension and introducing problems that climax at some pivotal point, then finally reaching some kind of resolution. But along the way there should also be peaks and troughs. Blogger, Ava Jae uses some fabulously simply diagrams to illustrate this in her blog post: Pacing Tip: Contrast in Plot.

Some writers begin writing with no idea of what direction they’re headed, others have a detailed plot outline, chapter by chapter of their whole story. I fall somewhere in the middle, with perhaps not enough detail or enough charging ahead!

Subplots are other, minor plotlines that run alongside, or rather within, the main plot of your novel. Subplot occurs simultaneous to the plot. Subplots are secondary threads interwoven with the main plot. Subplot enhances plot, adding complexity, interest and depth. The subplot should tie back to and aid the main storyline. Subplots must connect with the plot – otherwise, what’s the point of it being there in the first place. Subplot should not stand out like a sore thumb, but meld beautifully and intricately with the plot. A subplot should have a story arc of its own, with a beginning, middle and end, just like the main plot – a subplot needs to develop, progress and resolve. There can be multiple subplots.

Backstory is something that happened in the past, prior to the story that is being told. Backstory is the background to the plot and subplot. As well as being a useful tool for authors in developing their understanding of what they are writing, backstory helps explain who characters are and gives insight into their motivations and behaviours. But use it sparingly. Too much and you hit your reader over the head with too much obvious, you show a lack of faith in your ability to guide readers to the conclusions you want them to draw, or you fail to trust their ability to make connections. Too much backstory can be patronising…and boring! Only include as much backstory as is absolutely necessary, and write it in naturally, like as a result of characters interacting.

So, tell me, what are you plotting?

3 thoughts on “What Are Plot, Subplot & Backstory?”