When I started writing my novel, I already had an idea for an ending. It seemed to be the perfect conclusion after what I now realise was a simplistic plot. I had written a short story that was to form the basis for the novel. This was fantastic because I already had a sense of the storyline, but not so great in as much as it was limiting in times when I tried to too closely adhere to that original story. A short story made into a longer story does not make a novel unless other storylines can be brought into play, unless further complexity can be added to the mix.

Here’s the final paragraph from the short story: 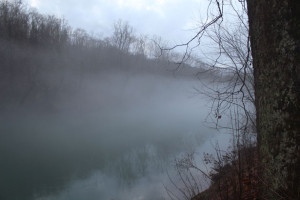 On the edge of the Vltava River, I have my first kiss. I cling to Gorge and for a moment, pretend like none of this is happening. I climb into the boat and look one last time at the village that had become my home. I leave no trace, save the invisible mark on Gorge’s heart. I will be left without record, transformed into a monster. I will be the witch to my vampire princess. Gorge squeezes my hand. My heart skips a beat and I am swept away by the river.

The whole way through writing, I thought I was working toward this ending. In fact, the best thing about this ending was that it gave me something to write towards. But through the process of writing, of introducing new twists and turns, of getting to know the characters on a deeper level, the ending changed. And as the ending changed, so too did the story itself.

It took some courage to break away from my original short story, this story was closer to historical fact than the novel has become. I was able to bring in elements of fantasy to sit alongside historical fact.

Now that I have completed the first draft, I am still not sure that the ending I have written will remain in the final novel. Who knows what might yet be revealed through the re-working stages!

Completing my first draft seems an apt time to pause for reflection:

I have just about finished reading and working through Louise Doughty’s ‘A Novel in a Year’, and am immensely thankful for the knowledge I learnt and the discipline it helped me foster. I chose this book earlier this year to help me develop the habit of regularly working on the novel with the aim of having something completed within 12 months. I think it has taken me around 6 months to get to this stage, not having really begun writing until February. I am behind in the schedule I set myself – I was hoping to complete the first draft by the end of June. Considering I didn’t being in January, and that I took a month off to travel during that time, I guess I’m doing ok.

I am about to begin reading Jim Denney’s ‘Writing in Overdrive’. I don’t really know much about it, but his aim is to teach ways to ‘Write faster. Write freely. Write brilliantly’ – so I have high hopes!

There is still much to be done, but I’m giving myself a few days off from the novel. Next week, I will start revising and rewriting. I am really looking forward to this part of the journey, though I think it is where the hard work really begins!

We are all at different stages in our writing journey. What are you working on? Where are you at in your accomplishing your goals?