Today I offer an old essay from my uni days, it is an overview of postmodernism, taking a closer analytical look at deconstruction as part of the postmodernist movement. In particular I address the work of Jaques Derrida, how it has developed, is applied and its continuing contributions to the postmodernism. I put forth a brief definition of modernism, as I saw it then, as a kind of historical background and finish up with some reflections of my own. 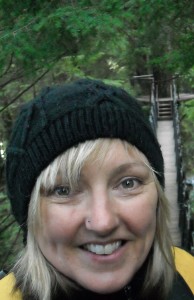 With this page I write this essay, onto this blank space I leave my marks. I speak to you through with these words, but will you understand what I have meant to say? Does a blank page contain the purity of interpretation? I fill my page with the scrawl of my learnedness, and you read them with the eyes of your perceptions and position. Do I think you will understand my position? A blank page – what does it mean? Is there nothing to say? Is there fear? Is there arrogance, not privileging the page with the comprehension within my grasp? Is there minimalism or mystery? A blank page, so open to misinterpretation, and you will make of it something of your own. You will take what I have written and judge them, make sense of them, find meaning in them according to your perceptions, not mine; as I have done with the words I have read. I read something and made it mine, you will take what I have written and make it yours. Each of us can analyse the words and look beyond to the production of our perceptions. There is no opposition, just a continual moving.