This reading and writing activity will involve reading, reflecting and writing to get you thinking about and practicing what hooks a reader in, tone and style. 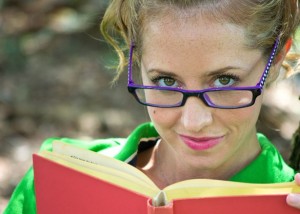 I completed this writing and reading activity. Here’s my example of what I mean:

Who was blowing on the nape of my neck?

I swung around. The tinted glass hissed shut. The light was bright. Synthetic ferns swayed, very gently, up and down the empty lobby. Nothing moved in the sun-smacked car park.

Mystery drew me in, the question. The answer was not found in the first paragraph. The succinctness of the question. Nothing flourishing, just straight to it. The first paragraph had a few really short and succinct sentences, making for an interesting pace, sort of making it feel more action orientated, and this contrasted with the words that were slow and indicated a lack of action. The first person narrative puts you, the reader into the book immediately – this is your neck he’s writing about.

My name is Jordan. This is the first thing I saw.

It was night, about a quarter to twelve, the sky divided in halves, one cloudy, the other fair. The clouds hung over the wood, there was no distance between them and the top of the trees.

There’s power in a name, and we are given one straight away. There’s intrigue – who is Jordan and what did he/she see. It Jordan male or female? Could be either. We are thrown into a dichotomy: day night, one day and the next, cloudy/fair, earth/sky. The promise of opposition and resolution and relationships of opposites. As the reader, you are not drawn immediately into the closeness of first person narrative, somehow you are held at a distance – that’s quite curious.

JRR Tolkien ‘The Lord of the Rings’

When Mr Bilbo Baggins of Bag End announced that he would shortly be celebrating his eleventy-first birthday with a party of special magnificence, there was much talk and excitement in Hobbiton.

Such a beautifully constructed and complex sentence. Nice to read, inviting. Tolkien already sets up another world – just in one sentence! We are given a character and a place, and an event that we now also look forward to. Bilbo is immediately special. The wonderful way the author fits so much information into this one sentence.

It was a queer, sultry summer, the summer they electrocuted the Rosenbergs, and I didn’t know what I was doing in New York. I’m stupid about executions. The idea of being electrocuted makes me sick, and that’s all there was to read about in the papers – goggle-eyed headlines staring up at me on every street corner and at the fusty, peanut-smelling mouth of every subway. It had nothing to do with me, but I couldn’t help wondering what it would be like, being burned alive all along your nerves.

Plath’s ability to fluctuate between major events and minor daily happenings is incredible. She brings the two together and adds a point of view. She contradicts herself – it makes her sick, but she can’t help thinking about it. She gets right into the heart of things that are often taboo – death in this instance, but not as a spectator, as a participant. It made me feel normal and that it was okay to have grotesque thoughts or to write in this way. Her descriptions were left of center too – grotty, alliteration. The first person narrative really drew me in, I understood her strange fascination.

How happy I am to be away! My dear Friend, what a thing is the heart of Man! To leave you, whom I love so, from whom I was inseparable, and to be happy! I know that you will forgive me. Were not my other attachments hand-picked by Fate to beset a heart such as mine with fears? Poor Leonore! And yet I was innocent. Was it my fault that, while I was taking pleasure and amusement in the willful charms of her sister, a passion growing in that poor heart. And yet-am I wholly innocent?

It is almost philosophical and this is intriguing. The range of emotions betrays some mystery. Something has taken place, some folly, and there is the promise of finding out what it was. Who is Leonore, who is her sister? Who is the narrator? The language is beautiful – moving away from our daily kind of language to an old fashioned formal language we are not familiar with but whose challenge is somewhat akin to Shakespeare. I want to speak like that.

Here is my written bits in response to the five novels:

Had I lost touch with reality?

The shadows danced. The smell of popcorn punctuated by screams. Perspiration hung from my brow. The ferris wheel danced in eternal circles against a night sky that shimmered with heat as much as with stars. Children lined up to buy fairy floss.

My name is Amare`, it means peaceful one.

A red sun hung in the bleeding sky. I was unsure if it was morning or evening. The laughter of children around the clowns mingled with the screams from the ghost-train. Flashing lights made menace out of shadows. Fear and perspiration hung on everyone’s brow. I searched for reality in side-show hell.

When Amare` Appleday had received the plain brown package from an unknown source containing instructions for tonight’s hit, she did not anticipate the fear and longing she would feel that evening but merely thought of it as just another paying job.

It was the height of a particularly humid summer when I received the package containing details of my next job. Benjamin Ro was to be taken out at close range after relieving him of the all valuable disk, by whatever means as I felt appropriate to the circumstance.  Something that wouldn’t attract unwanted attention. I didn’t like death, it brought me too close to my own mortality, but I couldn’t help wonder how it would feel to have a bullet rip into your chest, struggling for breath as your lungs betrayed your life.

My dear fellow, he simply had to die. The instructions were written and it was a paid job. I am innocent of the blame. He lived the life that led him to this moment, it was his choices. Am I innocent?

Finally, Merry Christmas and don’t forget to keep an eye on my Writing and Editing Services website: A Worded Life for the weekly blog there too.