You’ve had a moment of creative insight and written madly and wildly, or you’ve toiled tirelessly on a story urging you for expression. You have painstakingly reviewed the story, working it through multiple drafts, fine tuning the structure, the language, the characters, the intricate plot. At last, the final piece is ready – the best story you’ve written so far! Now what? 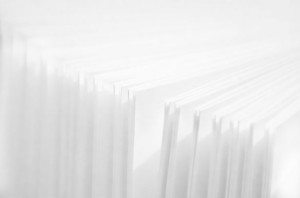 Deciding where to submit your short stories can be a difficult process. You can trawl the Internet, lurk in newsagents, scour bookstore and library shelves looking for which magazine, journal or publisher might publish your story. Whether done before or after the writing of your story, you can spend a fortune in money and time, buying and reading literary magazines and journals trying to find the right fit for your piece.

While the manuscript of my novel has been ‘resting’, I have been incredibly productive, mainly on freelance projects. But yesterday I was totally inspired and wrote a short story and two poems! I have been reading Jim Denney’s ‘Writing in Overdrive’ and had a vague thought, an idea…well, a theme really, for a story – so I just sat down, without too much thought, and wrote until… 2,526 words later, not knowing quite where it came from, I had a short story – the easiest story I’ve ever written in fact.

Ok, so before I  sat to write, I decided to also use, as a prompt to get me started and a back-up if I needed, a few of the writing activities I have previously written about on my blog: writing from first lines and writing from fragments and snippets. I had around five sentences from a variety of other writings to help me start writing and to act as the impetus to keep me writing, if at any point I found myself floundering.

I really encourage you to give this a go too – it was so much fun, just to write freely. Much to my surprise, it came together beautifully.

The palms of Susannah’s hands sting with the skidding pressure of bitumen, her arms splay out to the side, her chin meets the road violently, blood welts on her powder-white skin; the right knee of Susannah’s dress trousers rips inaudibly – she has fallen, drunkenly, fully, gracelessly, shamefully.

There are a number of websites you can peruse when looking for a suitable place to submit a story:

While you need to pay a subscription, I also use, and recommend:

This is not a definitive list of resources – but it’s enough to get you started. So pull out that old bundle of story written paper, dust off that manuscript of short stories, take another look at that folder of finished and almost finished pieces…and get SUBMITTING!!

REMEMBER: rejections come 10 a penny – they mean as much or as little as you want them to mean, but in reality they simply mean the journal has an inordinate number of stories to pick from and there just wasn’t room for yours…this time! As soon as one comes back, send it out again to another potential publisher. Sooner or later it WILL find a home.