I think of ideas, pieces of inspiration as rhizomes. A rhizome is a plant that has an underground system of shoots and roots and tubers – like ginger, bamboo or mint. Each tuber collecting a new and separate idea, but linked somehow to all other ideas.

The writer and reader are at once the same; strange brained – a body inhabited. Rhizome writing, therefore is random and connected. They are reading, seeding, sporing ideas.It is parasitical, life giving, death taking, super spreading. It is illuminating, access all areas, nothing is denied.

Fragment upon fragment, creatively culminating, leading nowhere, yet everywhere. It is bramble pathed: find a rabbit trail to be lost again in forest.

Paths to be created. The writer is path-blazer, trail raiser. There are paths to follow that lead the writer, maples and blind, to rise over the crest and discover a thing of beauty.

It was this concept of rhizome writing, of immersing myself in the structure of language and the lack of structure of inspiration, that lead to the writing of my poem: My Sister with her Poisonous Veins and her Venomous Tongue. 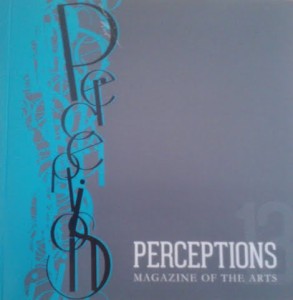 This is currently available in Perceptions Magazine: Magazine of the Arts which is available from www.perceptionsmagazineofthearts.com

Here’s another poem in progress that has been written using this idea of rhizomes to tie ideas together:

My original ideas related to crystals, a river, and fear.

I first came across this idea of rhizomes after reading work by French philosophers, Gilles Deleuze and Felix Guattari. They define the rhizome in the following way:

“Let us summarize the principal characteristics of a rhizome: unlike trees or their roots, the rhizome connects any point to any other point, and its traits are not necessarily linked to traits of the same nature; it brings into play very different regimes of signs, and even nonsign states. The rhizome is reducible to neither the One or the multiple. It is not the One that becomes Two or even directly three, four, five etc. It is not a multiple derived from the one, or to which one is added (n+1). It is comprised not of units but of dimensions, or rather directions in motion. It has neither beginning nor end, but always a middle (milieu) from which it grows and which it overspills.” Deleuze & Guattari, A Thousand Plateaus: Capitalism and Schizophrenia, 1987, pp. 21.